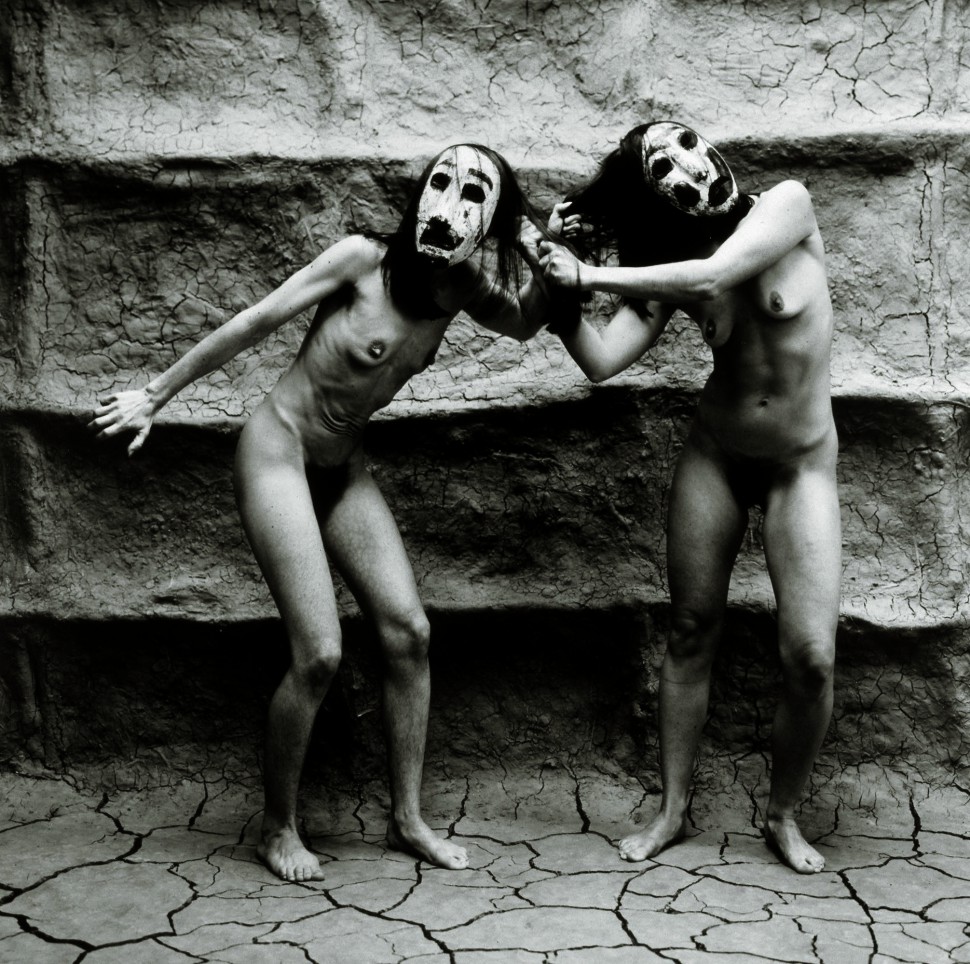 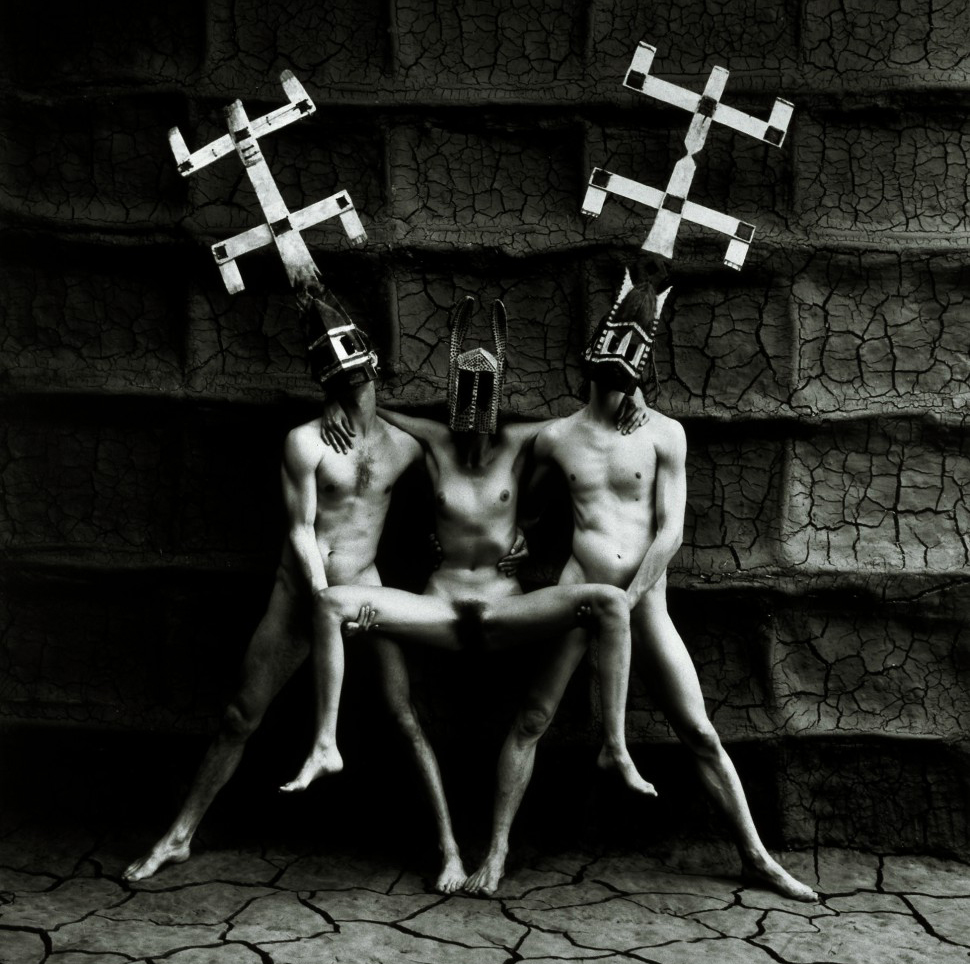 The photo project DER STAMM DER WEISSEN KRIEGER (The Tribe of White Warriors) granted Ralf Schmerberg international recognition. In it, the artist expressed a nagging unease about the contemporary attitude of the so-called First World towards the so-called Third World. The series signals the beginning of a practice also often embedded within a declared social and “artivist” intention. The disappointing Earth Summit in Rio de Janeiro in 1992 prompted Schmerberg to react by addressing the disparity between First and Third World in a series of photographs. By traveling and meeting people in various countries around the world, he developed a differentiated, global view of the world that annuls difference and does away with borders – a view of humanity that challenges segregation and discrimination. The portraits are conceived and composed according to a strict scheme of absolute reduction: white people, completely naked, wearing masks of different equatorial tribes from around the globe. United with the mystical power of the masks, these weak, doughy white bodies, find themselves imbued with a mythical, centuries-old force and confront us in an unresolved tension.