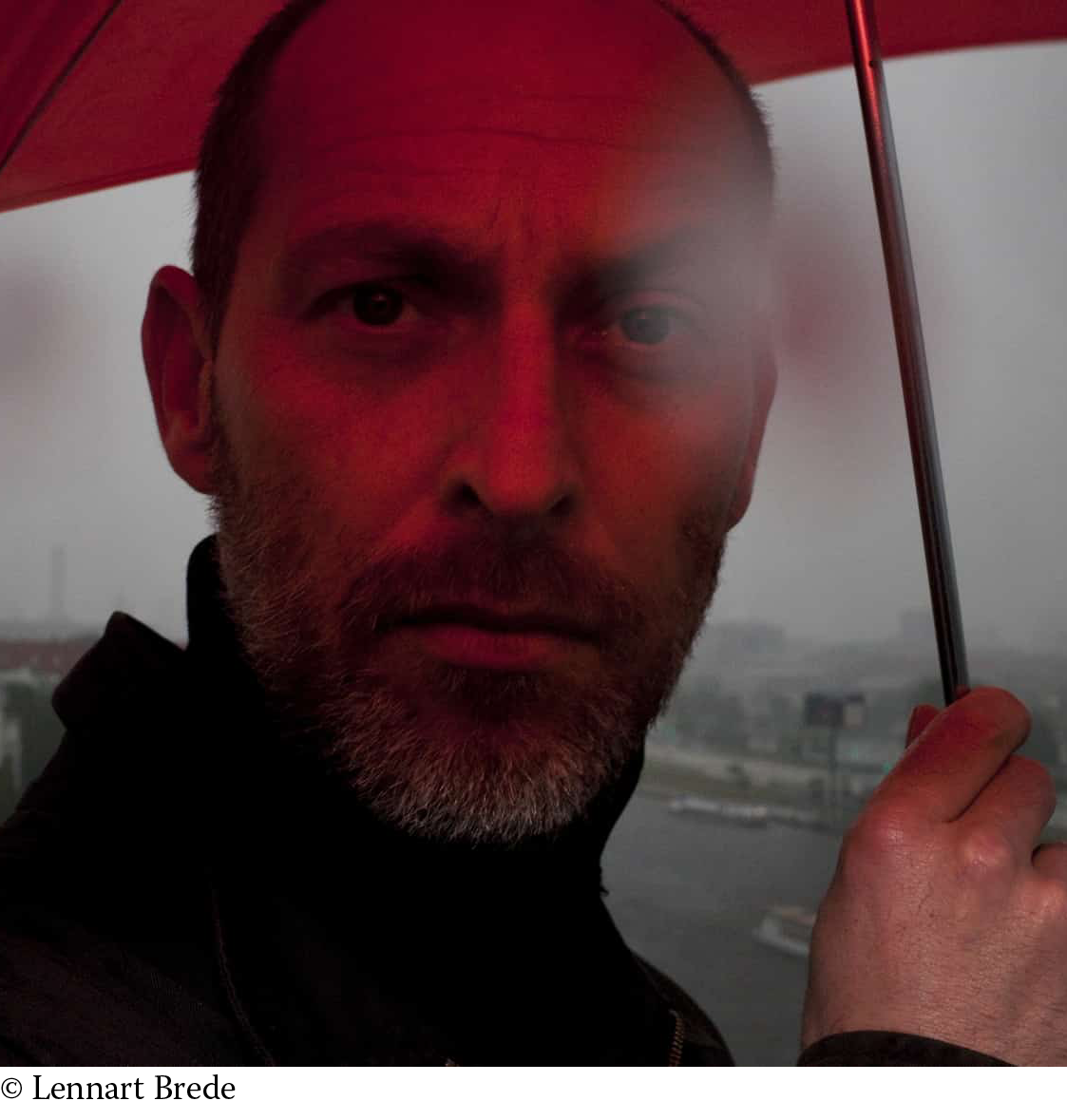 Artist, filmmaker, musician, activist, wanderer … over the course of his career Ralf Schmerberg (born 1965) has been many things. His unconventional way of seeing and understanding the world has made him one of most prolific visual artists of today.

At the age of 17, he drops out of school, looking to escape the confinement and rigid social conventions of suburban Germany. Increasingly concerned with the social and political and searching for an alternative, altruistic lifestyle, Schmerberg initially joins the Sannyasins. In 1985, he meets Jiddu Krishnamurti during his Last Talks at Saanen, Switzerland and lives among the 17th Karmapa and his followers, studying the philosophies of Tibetan Buddhism. Returning to Germany in 1987 after his spiritual wanderjahre, he picks up photography. The camera becomes his constant companion, allowing Schmerberg to compile a comprehensive photo diary over the following decades. His work reveals unexpected portraits of the zeitgeist and poignant excerpts of everyday life. With a highly personal and candid gaze, Schmerberg captures the world that surrounds him – recognizing the sublime in the ordinary – and presents the viewer with an unedited, honest reality that engages, delights and at times discomforts. Alongside his photographs exists a diverse cinematic oeuvre, which spans feature films, documentaries, short films, music videos and commercials. Unafraid of the new, Schmerberg continuously explores unfamiliar media, from large-scale installations to modern-day happenings.

Much of Schmerberg’s work is driven by a keen interest in social action and exchange with an aim to generate contemporary interventions in the social sphere. The online platform dropping knowledge and projects like THE TABLE OF FREE VOICES, or films such as PROBLEMA and POEM, open up opportunities for large-scale discourse and sustained reflection. In 2008, Schmerberg founds the art collective Mindpirates. With their collaborative and experimental activities in the public space, the group quickly asserts itself as an essential element of Berlin’s cultural life.

From 2014 to 2019 Schmerberg works single-mindedly on his dream project INDARELLA – a film shot entirely in India, uncovering an unseen aesthetic through the artist’s photographic wanderlust. While scoring the music for INDARELLA, the multifaceted artist group ‘Music Ashram‘ is born. Based in Berlin, the latter has since taken the shape of an eclectic collective celebrating transformational music and performances.

The ongoing global crisis puts Schmerberg in a meditative state. In response to this new reality, he creates Yesterway, a film that peeks into the recent past, introspecting human life in its many forms, using exclusive footage from the filmmaker’s own archive. The soundtrack is recorded by the multi-art collective Music Ashram. Yesterway is released on YouTube on 2nd May 2020.