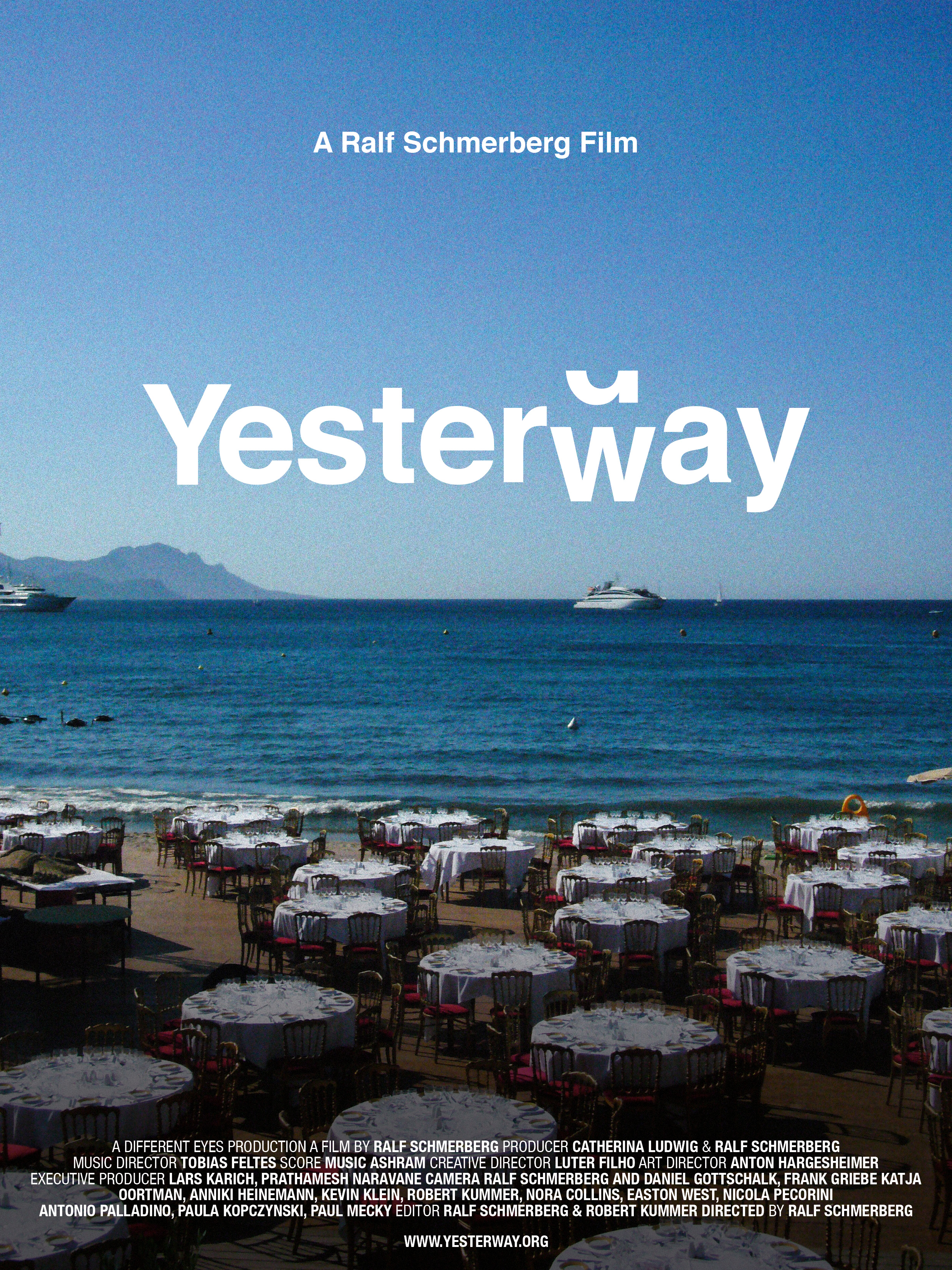 http://ralfschmerberg.de/wp-content/uploads/2020/10/200511_Poster-Film_ah.jpg
Stimulate your subconscious ability to understand and experience the world beyond the self.

Yesterway depicts the human universe in its diversity and inconsistency sans spoken word. A novel portrayal of the recent past that just vanished – with one big comma that stopped the world from finishing its sentence. A trip through an illustrious decade of vividness that just happened, yesterday.

Over the last decade Ralf Schmerberg’s eyes have captured places, created unique moments, collaborated with many people. This film is a highly visual mix of scenes from the artist’s infinite archive. Join the Mindpirates at The Lovers festival. Watch Pussy Riot revolting at Banksy’s Dismaland. Witness the birth of Music Ashram at ‘Urtica’. Catch K-Tigers taking over a classroom in Seoul. Behold Xiao Ke performing to a full subway in Shanghai….It’s impossible to guess what comes next while rafting along the vivid flow of the picture accompanied by Music Ashram’s background score of ornate sounds; from gongs to drones, voices, electronic sounds and beyond.